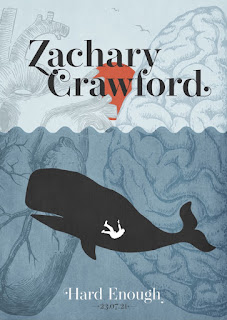 ‘Hard Enough’ is the latest single from Cork based musician Zachary Crawford and is a teaser for what to expect on his upcoming debut album.It was written and recorded during lockdown partly in Zachary’s home studio in Crosshaven, partly in The Netherlands under the direction of Dutch producer Phil Martin (Laura Vane & the Vipertones, The Soul Snatchers, Martin & Garp, The Jazzinvaders).

Former singer, guitarist and songwriter for Cork based band Fabric, Zachary put writing on hold to indulge in his love of live jazz, inspired by the likes of Kurt Elling, Mark Murphy and Chet Baker.After a break from music Zachary released a self produced EP, More Matter With Less Art, in 2020. A full length debut is currently in production and due to be released early 2022.

This song is fresh off the presses and full of jazzy and 80’s charm! ‘Hard Enough’ is a catchy throwback to the era of jazz rock and soft synths and it truly encapsulates the pure essence of roller skating rinks, tube socks and bell bottoms!

This song’s electronically melodic synths really work it’s way from your ears into your heart and into your soul. And Zachary’s vocals and captivating visual lyrics make the song almost impossible to forget after the first listen.The jazzy aspects of ‘Hard Enough’ are the star of the show and I think that they really shine through and illuminate the wonderfully written lyrics in the best way possible.

Personally I think the best and also catchiest part of this song was the repeating verse:

‘Is it Hard Enough? Tell me do I think with my heart enough?’

The way it rhymes really satisfying, super pleasing to the ear and dare I say almost perfect.

Overall I give ‘Hard Enough’ 8/10 slices! If you are a fan of anything jazz or retro I highly recommend checking out this song! Like I previously mentioned Zachary Crawford has a self produced EP called ‘More Matter With Less Art’ which I would recommend listening to as well! I can’t wait to see Crawford’s full length debut and I really enjoyed listening to this precursor of the rest of the album! 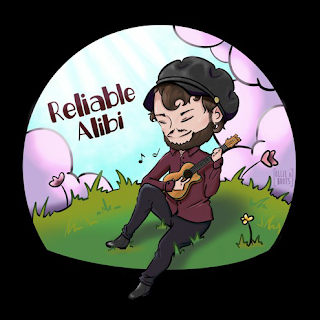 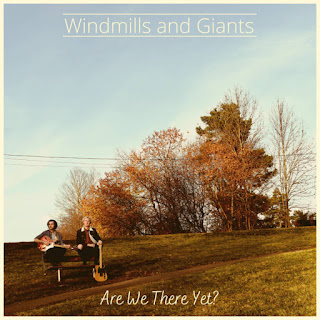 Are we there yet? Windmills and Giants review